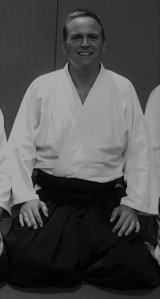 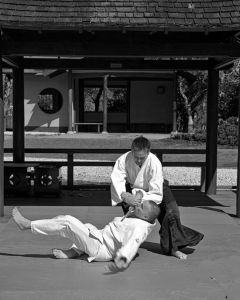 Alexis Berthot (Nidan so Hombu) has trained in Aikido for over 15 years and is a qualified black belt in both Aikikai and Kokikai traditions of Aikido. He has trained at the University of New South Wales Dojo under the instructions of Sensei Allen Iu (5th Dan Kokikai) and now trains at the Central Coast Aikikai under Sensei Colin Hackett (6th dan Aikikai so Hombu). Alexis grew up in France and practised Judo as a child. Alexis works in coastal and oceanography science and consulting. Some of his other passions include surfing and windsurfing. 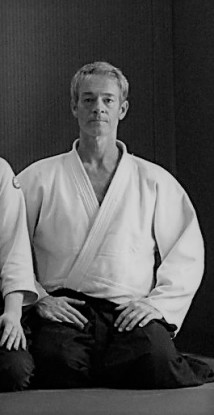 Richard Cresswell holds a 3rd degree black belt (sandan) in Aikido Yoshinkai, which was awarded to him in 1993 by Sensei Takeshi Kimeda (9th dan Aikido Yoshinkai), shortly before he left Canada and move to Australia. Richard then spent 25 years in the wilderness (often literally, as he focused his attention on natural horsemanship) with occasional visits to local dojos as work took him around the country. He has returned to serious training with the Central Coast Aikikai under Sensei Colin Hackett (6th dan so Hombu). Richard is a groundwater scientist working for an environmental consultancy and spends any spare time with family and working his small property in the Central Coast hinterland.